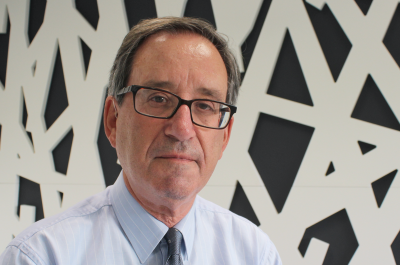 Joaquin Fuentes: a lot to learn for all of us, experts and vice versa. 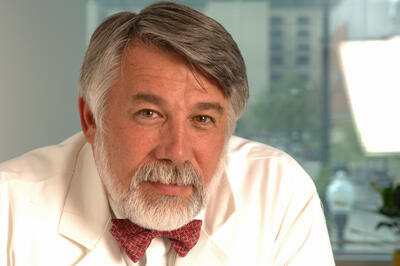 Bennett Leventhal: a privilege to be all together in one room.

“We actually listen what the local community has to say in terms of needs and ideas. We co-work with them for six months before they participate in the actual conference”, says AACAP representative Bennett Leventhal about the San Sebastián joint congress of the Spanish association for child and adolescent psychiatry (AEPNYA) and the American Academy of Child and Adolescent Psychiatry (AACAP). This shared initiative between AEPNYA and AACAP (June 1-4 2016) involves all relevant local authorities and organizations as well as the people of the Basque area around San Sebastián, in a way that child and adolescent psychiatry has never seen before.

“The local initiative during the congress to blend the knowledge between scientists and community – called the EUSKADI GazteChildren 2016 – is peculiar and captivates our hearts. It is the thorough preparation and the bi-directional flow, a real two-way dialogue that make this event so unique”, says Joaquin Fuentes, president of the AEPNYA-AACAP congress and himself a citizen of San Sebastián. “Simply inviting my fellow citizens to visit the congress just did not seem good enough for us.” Leventhal: “This is not a matter of us telling them what we do and how we do it. We want to know how the local community thinks and feels about child psychiatry and the whole wide range of issues around it. In the United States we have a long experience in this way of working and the local input always surprises us with many very clever and useful insights and ideas to improve mental health research and services.”

Insider
Having Dr Fuentes on board as an insider in the San Sebastián community has already proven to instantly make the dialogue more intimate. Fuentes: “In order to really get connected with the community, you cannot have a strange organization from the outside to come passing through and lay their knowledge on the audience. I work really closely with them and the mutual understanding is so much easier with the relationship is already there. I could not be doing this elsewhere; I can do it where people know me. This kind of thing has to be managed on a very local level. The local community has to own the event.”

Preparatory activities
The initiative for this extraordinary aspect of the congress was made in 2013 following the IMFAR International Meeting for Autism Research. Joaquin Fuentes (also ESCAP autism field advisor) and his team were responsible for the management of IMFAR 2013, when the foundation was made for a long term collaboration with the Basque community around San Sebastián – Donostia in the Basque language. Like the June 2016 conference, IMFAR-related community activities were funded locally by public and non-lucrative organizations. All social and cultural events and the simultaneous translation (Spanish-Basque-English) were funded by local sponsors. Fuentes: “At IMFAR, and now again for the AEPNYA-AACAP event, we basically took all the opportunities we had to prepare and announce the conference during a whole year.” Running up to the main conference, a pianist with autism participated in the annual international jazz festival, the famous film festival included several films on autism and related subjects, art sessions for children with and without autism, an exhibition by the local Innovation Department of new support systems for the disabled, and many more informative, social and cultural events. “I got this idea from a friend of mine, here at the university physics department. He introduced all the famous people to local audiences, like Nobel prizes talking about science at secondary schools, and manages to involve the community in many other ways. It was a tremendous success. This inspired us to do the same with autism, and now with child and adolescent mental health in general. And then I learned that the American Academy was involving local audiences in a similar way for over twenty years already”.

Approachable
Bennett Leventhal: “When the AACAP has events in a particular city in the US, we have the habit of talking to scholars, service agencies, consulting people, doing presentations and seminars – whatever we can think of to involve the communities. You see: it seems like a terrible waste to have all these prominent people in your vicinity and not let the community have exposure to them. Economics, or high registration fees or the high threshold of a scientific meeting: these could all be excuses not to do it. We decided to create something more approachable and more directly relevant to the people’s daily lives, but still with the real experts available. Like this we tried not only to be helpful, but to be inspired and inspiring.” Fuentes, smiling: “And of course we will let them in for free, through the back door…”

Active
Fuentes: “We simply reasoned: what local services are relevant to youth mental health? We asked them to participate and it turned out they all said ‘yes’ and now we have a project! And they are all as active as can be. For instance the Health Department is now sending questionnaires to find out exactly about the local situation in child and adolescent mental health. They hold meetings and are preparing a number of topics for the first six months of the year. And then we will invite them to the congress and we will set up a real discussion between the locals and the professional community. We will ask these people how they feel, how they think, what are their concerns, their solutions and we will ask both the professional European experts and the experts from the United States what they can add to that. We are ready to teach and to learn from them. And after the congress, the Basque government is going to publish the outcome of all this.” Leventhal: “And that will be distributed broadly in three languages, accessible to the people who could not attend.” Fuentes: “The whole idea is to get the community into the congress and to expose the participants of the congress – the so-called experts – to what the community really cares about. We try to embed the community into the congress and the congress into the community, so to speak.” Leventhal: “So it is not at all us who come to the community and say: This is what you should learn. In stead we say: What do you need? What do you want to know about? What can you teach us? Based on that information we go and find the people who should share knowledge with them.” Fuentes: “There is a lot to learn both for all of us experts, coming from fifteen countries to San Sebastián, and for the citizens of the community. When I am abroad, I am always curious about how the services work there. To find out the real picture and I try to bring some of that back home to improve.”

Perspective
Leventhal: “There is also our isolation in our scientific communities. We do not want that isolation – sometimes it is caused by accident or we are just too busy. This is important because science in isolation of reality is often misdirected or simply poor science. Maybe because we are not asking the right questions, and we may not be informed on how the things we think about are actually manifesting themselves to the community. So it is incredibly helpful if we sit in a room with people who live with these conditions every day and they share their views. That may seem to be naive, but in fact they are often quite profound and they help us to look at our work very differently. Anyone who is good at science wants perspective – and getting that in this way is very valuable and so helpful. This is the reason that we have no difficulty at all in getting people to participate in these talks. We get asked tough questions and we learn terrific alternatives that we can turn into really good scientific questions further down the road.”
“The specific elegance of the Donostia / San Sebastián congress is that we have this diverse group of community members involved, from police to judges, to families to educators; they all have slightly different perspectives and to have all of them in one room to talk to is just a privilege.”

The child in a world of communities

The AEPNYA and AACAP conference in San Sebastián is setting a trend in involving local communities to make the event more relevant to where it is held, and to create a valuable source of experiential knowledge for the delegates. The 2017 ESCAP Congress in Geneva is programming local initiatives – Hélène Beutler, co-president of SSPPEA and organizer of the next ESCAP congress, says: “Innovative cooperation between the caregiver and vulnerable populations in the spirit of community care can be very inspiring.”
The ESCAP 2019 Congress in Vienna will be working closely with the Österreichische Liga für Kinder- und Jugendgesundheit, which is similar to the Basque initiative EUSKADI GatzeChildren. And the 2021 ESCAP Congress has even named itself after this concept: the ESCAP 2021 Congress theme in Maastricht (Netherlands) will be: ‘The Child in a World of Communities’.

Spanish annual event in association with the American Academy

The 60th Congress of the Spanish association for child and adolescent psychiatry (AEPNYA) in San Sebastián – uniquely co-organized with the American Academy of Child and Adolescent Psychiatry (AACAP) – has taken place in the Centro Kursaal of Donostia, Basque for San Sebastián, the beautiful town on the Bay of Biscay, between Bilbao and the French border. San Sebastián is designated European Capital of Culture for the year 2016 by the European Union, along with Wroclaw (Poland). For the American Academy this was the first European congress ever. 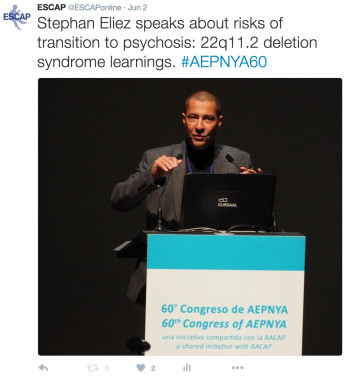 ESCAP president Stephan Eliez at his closing speech.
Community initiative
The congress presented an extraordinary local community initiative, ‘EUSKADI GatzeChildren2016’ (Children and Youth Basque Country 2016), that involved all people and relevant institutions of San Sebastián (mental health care, education, social services) in order to connect the congress to the local community. This programme involved key community agents and groups in discussing and searching for alternatives for some important child and adolescent mental health problems. The organizers’ goal was to share knowledge and practice between representatives of other than the usual sectors in the periphery of youth psychiatry, and to have specialist experts participating in the Congress. The programme was fully funded by the Basque Country Public Authorities, including the Basque Government.