"Assessment and treatment of psychiatric disorders in children and adolescents"

The 1st ESCAP Residential Course on “Assessment and Treatment of Psychiatric Disorders in children and adolescents” was held in Catania, Italy, from the 2nd to the 5th of October 2019.

The congress was organized in collaboration with “Progetto Aita” Onlus, a non-profit association which supports children with neurodevelopmental disabilities which promotes inclusive social and sports activities, and scientific events.

Objectives of the Residential Course were to create international networking among young researchers, intensive training on child and adolescents’ mental health, comparison between different clinical and cultural realities, and strengthening of interpersonal interactions.

Several stimulating topics were highlighted during the scheduled frontal lectures and interactive sessions.

In the opening afternoon, Professor Benedetto Vitiello (University of Turin, Italy) overviewed the actual literature on “Mood Disorders in Children and Adolescents”.

During the afternoon sessions, attendees reported on case reports previously selected by the faculties. These interactive sessions turned out to be stimulating opportunities for exchanges between participants belonging to different cultural and medical realities.

98% of the delegates rated the course as excellent, referring to it as it enhanced their knowledge on the topic of psychiatric disorders in children and adolescents. As a possible improvement of the course, participants suggested to boost the interactive sessions and add lectures on eating disorders and management of suicide risk, which will be added to the second edition.

The second edition of the Residential Course on “Assessment and Treatment of Psychiatric Disorders in children and adolescents” is planned for the 30th September to the 3rd October in Catania at Grand Hotel Baia Verde, Catania (Italy).

"Assessment and treatment of psychiatric disorders in children and adolescents"

This residential course has been postponed until 2021 (date to be confirmed) due to the COVID-19 pandemic. Please visit the website for more information.

ESCAP are pleased to announce the second residential research academy course that will take place in Catania, Italy. 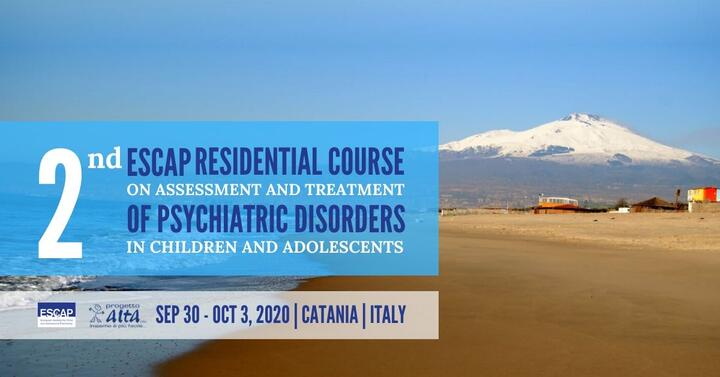 Synopsis of the contents:

Daily lectures will be planned as well as working groups with a focus on the clinical aspects and the development history in relation to the main neurodevelopmental and core psychiatry disorders such as autism spectrum disorders, ADHD, early-onset psychosis, OCD, and mood disorders. The course material will be prepared and supported by academics in the field of child and adolescent psychiatry and technical staff.
Teaching will include frontal presentations and additional resources including simulated academic interviews, live tutorials, quizzes, and discussion of case studies. Each participant will be requested to prepare one clinical case observed in their clinical practice, that will be discussed in groups with tutors and other students. Cases will need to be submitted to the scientific organization 2 weeks before the first day of the course

What are the prerequisites for attendance

Specialists and residents in child psychiatry, psychiatry, neurology, pediatric neurology, psychology. The course is limited to a maximum of 25 applicants. Applicants should submit the application form, CV, a short abstract with a case report to be discussed during the course, and a recommendation letter by the head of department. In case of more than 25 applicants, other criteria such age and Eastern Europe countries provenance will be taken into account. 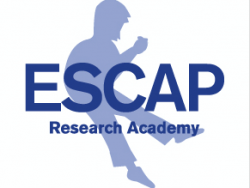