“Refugees are at high risk of mental health problems, many of which arise as a consequence of their living conditions in the hosting countries. (..) Child refugees and unaccompanied minors are very sizable vulnerable groups which require far greater attention in terms of service provision and also investigation to identify the most effective treatment models.” 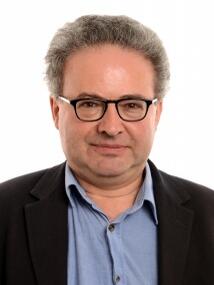 This comment is given by Matthew Hodes et al. in their editorial for the April 2018 ECAP focused issue on mental health problems in refugees. The editorial provides an overview of the post 2015 immigration crisis in key European countries with a special focus on current demographics, refugee children, mental health studies, policies and practical support available for refugees. The authors assume that the development of better services and research into effective treatment will require resourcing, but “it is expected that over time the improved mental health and effective social integration of refugees will result in huge benefits for the refugees themselves and also for the host communities.”

European network
The authors would assign a crucial role for ESCAP (the European Society for Child and Adolescent Psychiatry), and other academic institutions, and European Universities in the development of a European network, to promote and facilitate research focusing on the needs of the current arrival of refugee children and families. These investigations should be aimed at the support of intervention programmes as well as preventive actions for refugee families raising infants, children and adolescents.

View the full table of contents of the focused issue on young refugees.

Refugees in Europe: national overviews from key countries with a special focus on child and adolescent mental health

Many European countries are becoming multicultural at a previously unseen rate. The number of immigrants including refugees has considerably increased since 2008, and especially after the beginning of the war in Syria. In 2015, 88,300 unaccompanied minors sought asylum in the Member States of the European Union (EU) and most came from Syria, Afghanistan, Iran, Iraq, Somalia and Eritrea. As a reaction to increased immigration, governments in many countries including Germany, Sweden and Norway implemented more restrictive immigration policy. A requirement for all countries, however, is the protection and welfare provision for all arriving children, regardless of their nationality, ensured by international and national legal frameworks. This paper provides an overview of the post 2015 immigration crisis in key European countries with a special focus on current demographics, refugee children, mental health studies, policies and practical support available for refugees.

The impact of detention on the social–emotional wellbeing of children seeking asylum: a comparison with community-based children

Asylum seeking children arriving in Canada regularly face incarceration in medium-security-style immigration detention centres. Research demonstrates the human cost of detaining migrant children and families and the psychiatric burden linked with such imprisonment. This study aims to understand the lived experiences of children aged 3–13 held in detention. Informed by a qualitative methodology of narrative inquiry, child participants created worldsin the sand and generated stories to express their subjective experience. Results suggest that children’s sandplay confirms the traumatic nature of immigration detention while also revealing children’s sometimes conflicting understanding of the meaning of detention and their own migration. The results are contextualized by a description of detention conditions and the psychiatric symptoms associated with immigration incarceration. The study highlights the need for more research examining the impact of immigration detention on children’s mental health, while also underlining how refugee children’s voices provide important direction for policy change.

Community violence exposure and substance use: cross-cultural and gender perspectives

The negative effects of community violence exposure on child and adolescent mental health are well documented and exposure to community violence has been linked both to a number of internalizing and externalizing symptoms. Our aim was, therefore, to investigate cross-cultural and gender differences in the relationship between community violence exposure and substance abuse. A self-report survey was conducted among 10,575, 12–18 year old adolescents in three different countries, Czech Republic (N = 4537), Russia (N = 2377) and US (N = 3661). We found that in all three countries both substance use and problem behavior associated with it increased similarly along with severity of violence exposure and this association was not gender-specific. It was concluded that in spite of the differences in the levels of violence exposure and substance use cross-culturally and by gender, the pattern of their association is neither culturally nor gender bound.

The interface between child/adolescent and adult mental health services: results from a European 28-country survey

Transition-related discontinuity of care is a major socioeconomic and societal challenge for the EU. The current service configuration, with distinct Child and Adolescent Mental Health (CAMHS) and Adult Mental Health Services (AMHS), is considered a weak link where the care pathway needs to be most robust. Our aim was to delineate transitional policies and care across Europe and to highlight current gaps in care provision at the service interface. An online mapping survey was conducted across all 28 European Countries using a bespoke instrument: The Standardized Assessment Tool for Mental Health Transition (SATMEHT). The survey was directed at expert(s) in each of the 28 EU countries. The response rate was 100%. Country experts commonly (12/28) reported that between 25 and 49% of CAMHS service users will need transitioning to AMHS. Estimates of the percentage of AMHS users aged under 30 years who had has previous contact with CAMHS were most commonly in the region 20–30% (33% on average).Written policies for managing the interface were available in only four countries and half (14/28) indicated that no transition support services were available. This is the first survey of CAMHS transitional policies and care carried out at a European level. Policymaking on transitional care clearly needs special attention and further elaboration. The Milestone Study on transition should provide much needed data on transition processes and outcomes that could form the basis for improving policy and practice in transitional care.

When addiction symptoms and life problems diverge: a latent class analysis of problematic gaming in a representative multinational sample of European adolescents

The proposed diagnosis of Internet gaming disorder (IGD) in DSM-5 has been criticized for “borrowing” criteria related to substance addiction, as this might result in misclassifying highly involved gamers as having a disorder. In this paper, we took a person-centered statistical approach to group adolescent gamers by levels of addiction-related symptoms and gaming-related problems, compared these groups to traditional scale scores for IGD, and checked how groups were related to psychosocial well-being using a preregistered analysis plan. We performed latent class analysis and regression with items from IGD and psychosocial well-being scales in a representative sample of 7865 adolescent European gamers. Symptoms and problems matched in only two groups: an IGD class (2.2%) having a high level of symptoms and problems and a Normative class (63.5%) having low levels of symptoms and problems. We also identified two classes comprising 30.9% of our sample that would be misclassified based on their report of gaming-related problems: an Engaged class (7.3%) that seemed to correspond to the engaged gamers described in previous literature, and a Concerned class (23.6%) reporting few symptoms but moderate to high levels of problems. Our findings suggest that a reformulation of IGD is needed. Treating Engaged gamers as having IGD when their poor well-being might not be gaming related may delay appropriate treatment, while Concerned gamers may need help to reduce gaming but would not be identified as such. Additional work to describe the phenomenology of these two groups would help refine diagnosis, prevention and treatment for IGD.