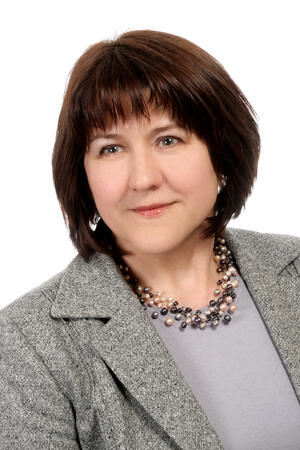 Halina Kadziela-Olech: "We need early diagnosis for these disorders and I believe that developmental psychiatry deserves special attention as soon as we have a diagnosis in place. I conducted a long-term study of children with ADHD phenotype. The examined group was covered by 10-11 years of observation. A high percentage of anxiety disorders (43.9%), along with conduct disorders (34%), use psychoactive substances, schizotypal disorder (2%), paranoid schizophrenia (2%) were found in 17-18 year old patients at the time of finishing care. Despite intensive research on the psychopathology during development of children, diagnosis is established late in the preschool and early school age when abnormal patterns of behavior consolidates. I am planning this cohort longitudinal study on 'Behavioural indicators in infancy as predictors of autism spectrum disorder, attention deficyt/hyperactivity disorder, conduct disorder in children'. I think, that this research project, which will intensify knowledge of early symptoms of mental disorders, will help to create screening tests, the possibility of early diagnosis and early therapetic intervention aimed to improve the mental health of the population, reducing disability that results in high social costs in adulthood."

Abstract
Despite intensive research on the psychopathology during development of children, diagnosis is established late in the preschool and early school age when abnormal patterns of behaviour consolidates. Autistic Spectrum Disorders, Attention Deficit/Hyperactivity Disorder and conduct disorder begin in childhood and are chronic, also highly impairing psychosocial functioning with a tendency to persistence in adulthood. Prevention of mental disorders should include the earliest periods of life. Knowledge of the early symptoms in infancy is still insufficient, being usually retrospective and based on information obtained from the parents of these children. There are only few prospective studies based on that and they assume siblings of children with a formal diagnosis. There are no longitudinal studies which help to identify whether there are specific patterns of behaviour that show the risk of impaired emotional and social development and subsequent psychopathology.

The aim of this longitudinal study is:

The research carried out for a period of 60 months will be included in (e.g.) a group of 1,500 infants. In the research project we are planning a series of observational studies in specific intervals. Research individual protocol will be prepared for each infant. The questionnaire will include a structured interview (including data on family structure, parental education, family situation, the atmosphere in the home, mental illness and addiction in the family, period of pregnancy, period of prenatal and perinatal, period of neonatal, a type of child care, child nutrition, the physical and psychomotor development, sleep, medication, intolerance reactions among other distressing symptoms). We assume that the parents / guardians and physicians (executing mandatory vaccinations) have the most frequent contact with the child in during infancy.

The first stage of the study includes the researches will be carried out by using proper questionnaires and observation scale of development and behavioural scale directed to general practitioners and parents of infants under compulsory vaccinations at the age of 5 - 6 months 13 - 14 months and 16 - 18 months. This will allow evaluation of abnormal behavioural symptoms in the study group. The next stage study group will be subject to 300 children with abnormal behaviours, and 100 children with normal development (of the research group). A comprehensive assessment of these children on the basis of examination of pediatric, psychiatric, psychological and diagnostic tools used in Poland and around the world will be carried out in three stages involving the third, fourth and fifth year of life. Longitudinal observation will determine the analyses of sequence of development of the children and to determine the correlation between symptoms occurring in infancy and at later years. The results of study will be subjected to statistical analysis with the use of Statistica.

The results will provide important data on the relation between abnormal behaviour occurring in infants and the risk of psychopathology at a later date. Longitudinal studies will allow the identification of risk groups based on behavioural indicators. It is important both for clinical practice and for understanding neurodevelopment to examine whether early behavioural indicators are specific to ASD or ADHD. Researches, which will intensify knowledge of early symptoms of mental disorders, will help to create screening tests, the possibility of early diagnosis and early therapeutic intervention aimed to improve the mental health of the population, reducing and resulting in high social costs in adulthood.