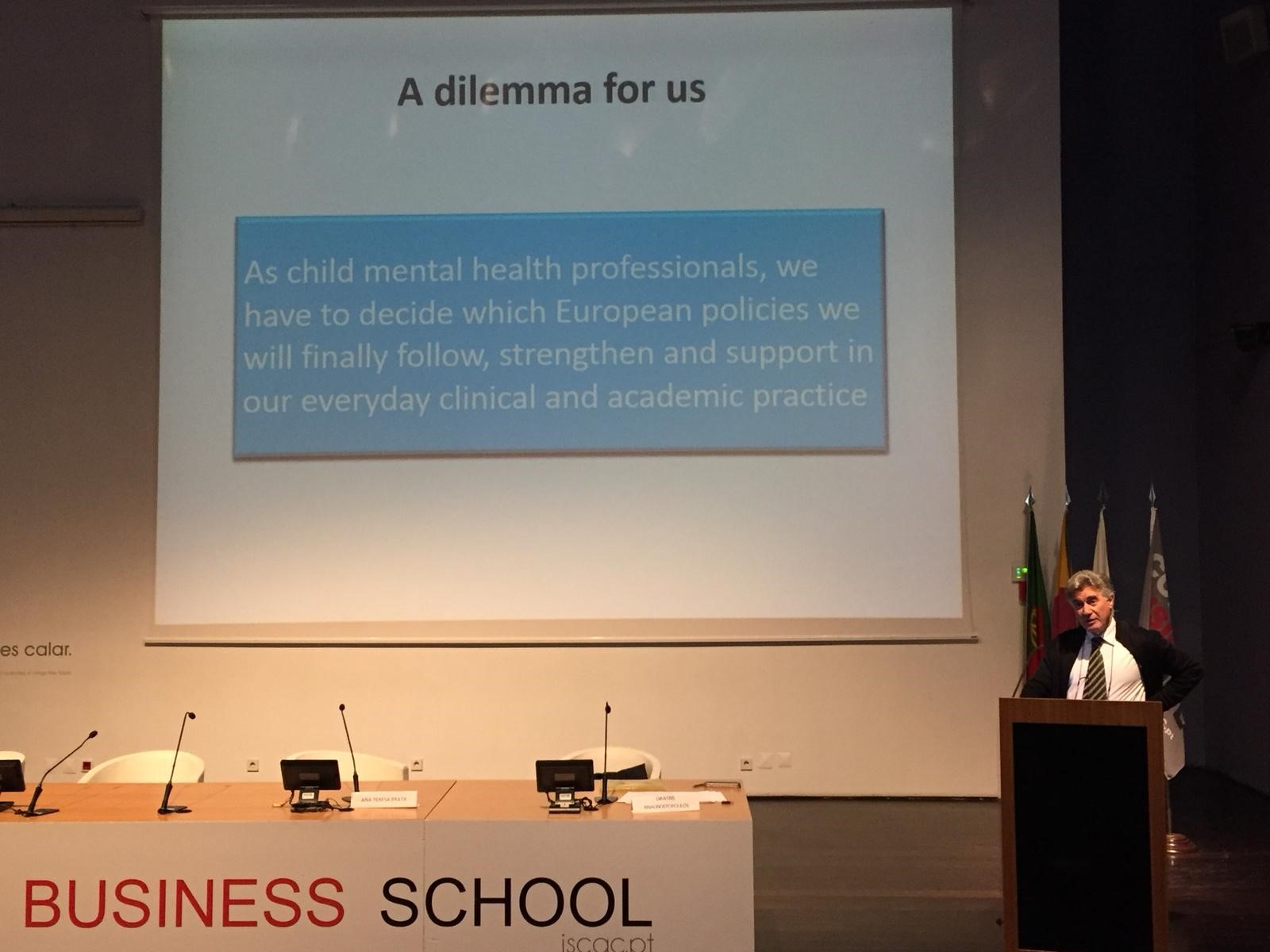 Disaster Child Psychiatry was the topic of the 9th Portuguese child and adolescent (CAP) Trainees Meeting (ENIPIA) that took place last week in Coimbra, Portugal, organized by the Portuguese association for CAP trainees (ANIPIA). The (then) Portuguese Health Minister, Adalberto Campo Fernandes, the national Doctors Council President, Miguel Guimarães, and the Portuguese CAP College President, Paulo Santos, were some of the Honor Committee members of this two-day event.

Professor Dimitris Anagnostopoulos, President Elect of ESCAP, delivered the main keynote of the two-day event. The thoughtful and eye-opening lecture on the mental health of child and adolescent refugees clarified the ESCAP clear position and significant actions we all need to take on the topic. To illustrate some of the daily challenges working with this specific population, Rita Coelho, paediatrician, and Catarina Garcia Ribeiro, CAP trainee, shared their personal experiences with voluntary work in a refugee camp in Greece and with refugee communities in Portugal, respectively.

The impact of natural disasters was also discussed. The 9th ENIPIA took place in the largest city of the national region, which was most highly affected by last years’ Portuguese wildfires. Ana Araújo, psychiatrist and head of the local Mental Health Community Team, explained her experiences and shared her vision on working with the population affected by this national tragedy. The fires were responsible for more than 100 deaths and for the destruction of around half a million homes. José Garrido, head of CAP Department, and Graça Areias, psychologist in this unit, participated in roundtable discussions by highlighting their clinical work with the affected children and families. Graça Areias pointed out that “society restrains spontaneous emotions” and the lack of expression in the victims due to cultural reasons was one of the major concerns. 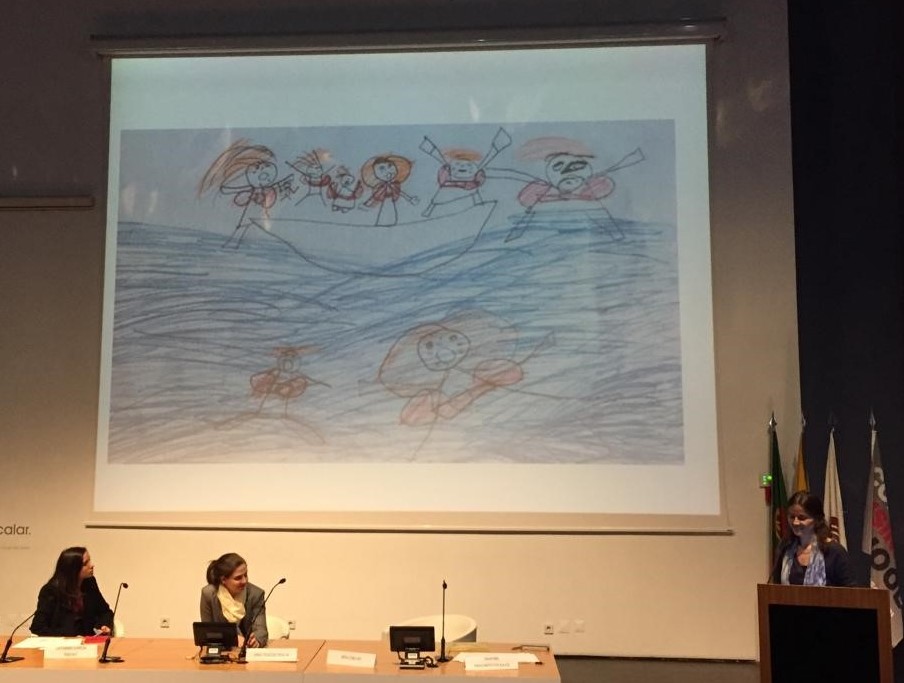 Rita Coelho, pediatrician, talking about her experience at a refugee camp, under the eye of Catarina Garcia Ribeiro, CAP trainee and volunteer at a refugee community center, and Ana Teresa Prata, president of ANIPIA. Photo: Sofia Neiva

José Artur Neves, the Portuguese Secretary of State for Civil Protection, in the closing ceremony stressed the need of special attention for these children and families, and to prevent the impact of further consequences from the disaster. Congratulating ANIPIA’s initiative, the Secretary of State said that “these events will enhance the psychosocial actions in Portugal”. 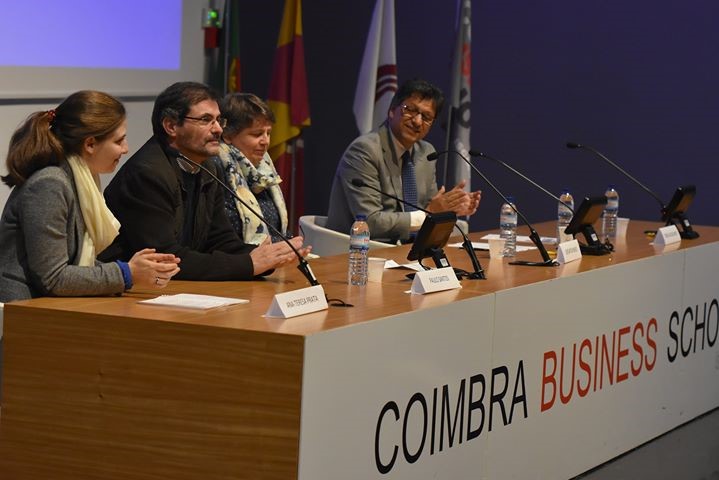