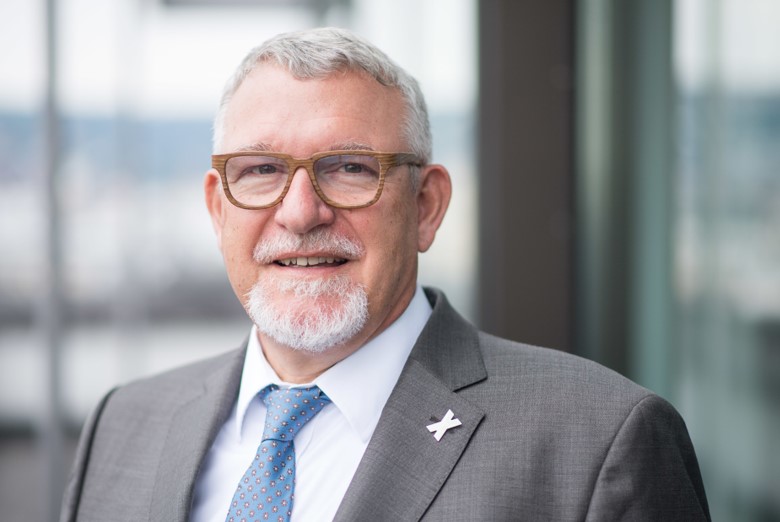 “Leave your offices and go where the problem is”

“In most European countries, unaccompanied refugee minors have the same rights as the residents. But one day they become adults and find themselves to be ‘only refugees’ who can easily be sent back to the war zone they have fled from.”

Professor Jörg M. Fegert pictures one of the tragic circumstances that young refugees may have to deal with on their 18th birthday, soon to come. “Imagine what this does to your motivation if you do everything right as a child – at school or in your apprenticeship – and suddenly there is the day on which all of your perspectives come to an end. Even if your boss tells the local authorities that he wants to keep you in his training programme I am not exaggerating. We have seen horrible cases like this and we often see these young people in despair or worse, up to suicidality.”

Dr Fegert is a researcher and clinical director of Child and Adolescent Psychiatry and Psychotherapy at the Ulm University Hospital in southern Germany. Due to his main line of work, child abuse and traumatisation, he could not help getting almost completely drawn into the alarming issue of young refugees, their conditions and particularly their mental health problems. “We are now trying to change legislation so they can at least finish their schools or apprenticeship. We know from studies with German care-leavers that the impact of another trauma of this proportion on their transition to adulthood can be very damaging.”

Immediate help
Being confronted with the large numbers of young refugees in Germany, including many unaccompanied minors, Fegert’s reaction was very clear and simple: “These people have a lot of problems and many need immediate help. A lot of them are strong, young men who have lived through many crises; most of them are able to survive with the support of psycho-education and a safe place to recuperate, although they often seem very restless, have severe sleep problems and show problems with alcohol and substance abuse. A smaller group has severe mental health problems. Nine to 44 per cent of them are depressed and some of them are suicidal. Given the large numbers of refugees, this adds up to a few emergency cases every week in most of the German child and adolescence psychiatric institutions. Then we have the young women who are heavily traumatised by domestic violence and/or by sexual abuse during their flight. Accompanied children react quite well to our psychosocial support, thanks to their family structures and sometimes with the help of their religious community. But in most cases there is a lot of mistrust, between tribal fractions for example. We are in no way looking at a homogeneous group. Sometimes they have more confidence in their contacts with us than with the native speakers or the people from their own country. This is a very sensitive matter.”
“I think we should hire many more language and culturally competent people to inform us about the best way to understand the refugee families and their backgrounds. We need to become more culturally competent. We also have to explain our way of working to these kids because in many countries where they come from, psychiatry is something that people shy away from. We also have stigma problems in Europe, but in some of these cultures this is much worse. We will have to be quite forceful in explaining what we are doing.”

Multilingual declaration of children’s rights on the walls of the Ulm clinic.

“We are trying to learn from our mistakes in the past. From sexual abuse and maltreatment studies in institutions during the fifties and sixties of the last century, we can learn for example that we need better complaint systems and that we have to move forward from a more or less paternalistic view. We have to leave behind the idea of ‘We know what is right for you’ in favour of listening to the children. In much of our quantitative and qualitative research we have actually interviewed the children to see what is really happening in the institutions. We learn from their experiences, their perceptions – for example by realising how important it can be to children to have their legal rights taken into account. On the walls of our clinic we have citations from the UN convention of children’s rights in many different languages. The children notice that, they refer to it and we have discussions about it. At first they were surprised to see those official statements in their language. ‘Are we really allowed to do this or not?’, they ask me – I enjoy having those talks with the children. They open up and I learn. For example: to them, treatment often feels like punishment, like: now I have said and done so many silly things, I must deserve child psychiatry as a punishment… You can imagine how important it is to grasp things like that and be able to anticipate.”

Research in progress
The WHO figures on unaccompanied minor refugees demonstrate the magnitude of this crisis, while the first outcomes of studies by Dr Fegert’s institute in Ulm are expected to be presented at the congresses of the DGKJP, the German Society of Child and Adolescent Psychiatry, Psychosomatics and Psychotherapy (Ulm, March 2017) and ESCAP (Geneva, July 2017). Jörg Fegert will present a keynote lecture on this subject at the ESCAP 2017 Congress in Geneva.
“Looking at child abuse and traumatisation, we have a lot of children who are placed in institutions for their protection”, says Fegert. “The German government spends billions of euros on these children but there is not much research about them. We had the chance to conduct an evaluation of a Swiss study of our colleague Klaus Schmeck in Basel, where we learned that 60 to 70 per cent of children now living in an institution have a traumatic history. And 60 per cent or more have an ICD-10 diagnosis. So there is a big overlap with the field of child psychiatry.”
“To create ourselves an overview, dissemination activities are undertaken. What exactly do we need to know about traumatisation when we work with these children? What do we need to organise to give support to NGO’s like UNICEF? We will also execute several evaluations of the effectiveness of a number of e-learning programmes. These are among the studies that we hope to present in the near future.”

Secure institutions
“We have recently finished a study about physical and sexual abuse in institutions. We found that the main problem is with the peers, not the educators. The young men often show sexualised behaviour, and they abuse their peers in the institutions. So when we talk about child protection, the solution of the problem is the placement in secure institutions and to earlier intervention. From a randomised trial we also learned that we should avoid taking them into our wards – it appeared that we could support them better in the institutions, the environment where they have their daily lives. This RCT showed that by offering children therapy in their environment we could reduce the number of hospitalisations by half. So we could see ten times more children in the same time and for the same money.”
“Before, when they came to our department there was no parent with the child, and no educator who knew about the child’s history – they just looked for somebody who happened to be around and sent them to the doctor. As child psychiatrists we cannot work without knowing about a child’s background. We need the input of the caregivers who live with the child. But they could not afford to come to our clinics. This situation completely changed when we went to the institutions to treat them there. An important outcome of our study was that child psychiatrists have to leave their offices and go where the problem is.”

“Dazugehören”
As an advisor to the German government, Jörg Fegert deals with the broader concept of inclusion that will inevitably have an effects on the whole welfare system, not only in Germany, and not only in mental health care. Fegert: “The concept of inclusion means that we have to accommodate everybody. And reject nobody. Consequently, society will have to change as a whole. It should not be up to an individual child from a war area to learn to live in a new environment – it is the society that should help this child to become a healthy and happy member amongst them.”
“This concept goes for everybody and everything. Also for children and adolescents with mental health problems. The question is whether we focus on the diagnosis, or on hindrances and facilitators in every individual child, and look at what we can do to improve the participation of this particular child in society. That is also the origin of the motto of our Society DGKJP in March 2017: Dazugehören, being part of it. Being part of society.”

View his original JÖRG FEGERT: Keynote on young refugees in Geneva 2017 (pdf, 58 pages).
Read about the project ESCAP for mental health of child and adolescent refugees.
Read the article on Unaccompanied refugee minors in Germany: attitudes of the general population towards a vulnerable group (ECAP Journal, 5 January 2017).

Jörg Michael Fegert (1956), studied medicine and sociology at the universities of Nantes and Berlin. He then completed a residency at the Department of Child and Adolescent Psychiatry and Psychotherapy at the University of Berlin. In 1987 he received his doctorate with the topic of migration and psychosocial adaptation and in 1991 he became specialist in child and adolescent psychiatry and psychotherapy. In 1996 he was appointed professor of child and adolescent psychiatry (Magdeburg) and he now holds the position of medical director at the Klinik für Kinder- und Jugendpsychiatrie/Psychotherapie Universitätsklinikum in Ulm, Germany. He is past president of the German professional Society of Child and Adolescent Psychiatry and Psychosomatics and Psychotherapy (DGKJP), vice president of the research board on family affairs of the German Government, spokesperson of the Competence Centre Child (sexual) Abuse and Neglect (Com.Can) of the German state of Baden-Württemberg and co-spokesperson for the psychotrauma aspects of the transdisciplinary Trauma Research Centre at the University of Ulm.